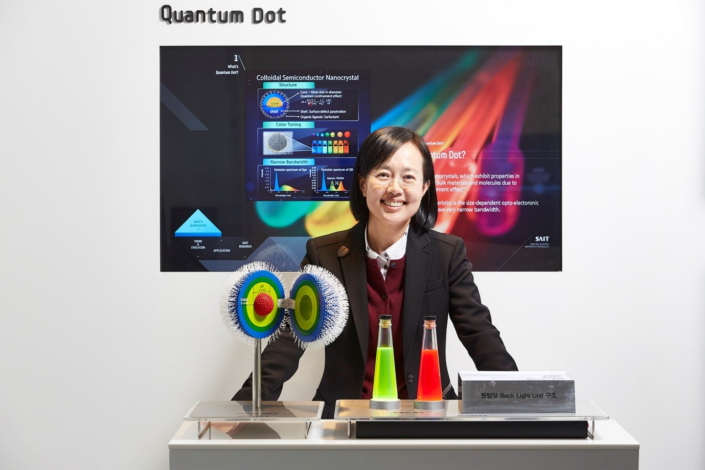 Over the past few years, one of the breakthrough achievements of Samsung researchers has been the development of cadmium-free quantum dot technology, currently utilized in Samsung QLED TVs. While quantum dot had the benefit of delivering superior light expression, the technology posed harm to the environment with toxic cadmium at risk of being released through nanoparticle degradation. Samsung’s quantum dots, however, are cadmium-free, and Samsung is currently the only company that produces cadmium-free (Cd-free) quantum dot displays.

The architect behind development of the Cd-free quantum dot technology was Dr. Eunjoo Jang at the Samsung Advanced Institute of Technology (SAIT). For her achievements, Dr. Jang was appointed a Samsung Fellow on November 16 – a distinct honor established at Samsung in 2002 to honor outstanding achievements in research, and also referred to as “Samsung’s Nobel Prize.”

Dr. Jang, who has been involved in the research of Cd-free quantum dot technology for over 15 years, recently shared with Samsung Newsroom the story behind her research into the technology, as well as her thoughts on what’s next for display innovation.

“I wanted to do something that no one else had” 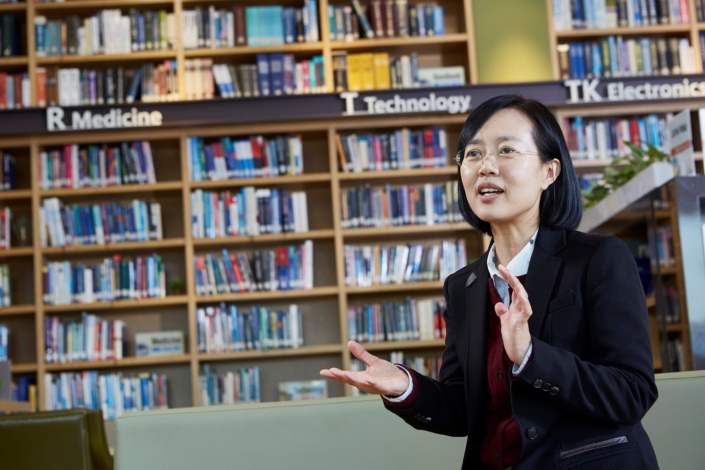 Dr. Jang, who earlier in her career was studying catalysts at POSTECH and the University of Ottawa in Canada, had strong interest in developing quantum dot technology that could leverage catalyst technology when she started the project at SAIT in 2002:

“I thought nano-technology would fit well with quantum dot because it is a semiconductor material. It wasn’t so much about application at the time, but the goal was to look ahead 10 years. When I initiated my research, I was one of the few ones looking into the potential future application, but many had very limited belief as to whether the research and study were even possible.”

Dr. Jang recalled that developing Cd-free quantum dot technology was quite a challenge. While quantum dot was studied widely for its capabilities in absorbing and emitting light, and also used in various lighting devices, its application into other areas was seen as limited as it requires the hazardous heavy metal cadmium.

Dr. Jang describes seeing her scientific research applied to a commercial product as particularly gratifying, “It was such a terrific period when I was helping in the design of a plant for production of Cd-free quantum dot products, a technology which had actually started from work in the lab. My research work was used for real-life production, and when Cd-free quantum dot was first introduced at CES 2015, it was such an amazing experience.“ 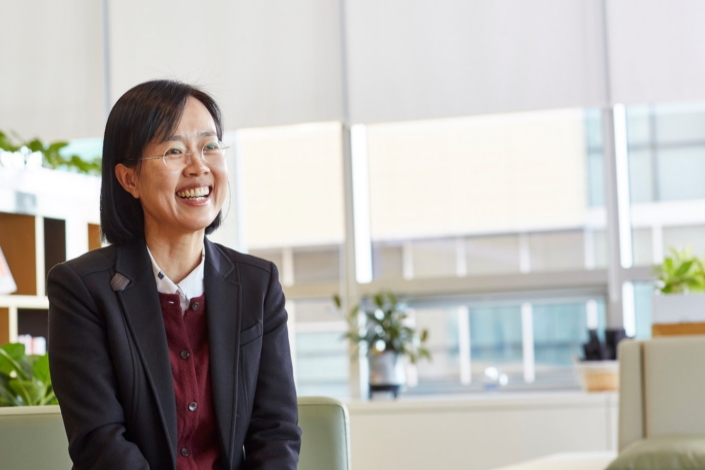 Dr. Jang explained, “It has been three years since Cd-free quantum dot technology has been applied to Samsung products. The technology has proven to be stable even when we change its structures in terms of higher brightness, local dimming, 8K and other features.”

Dr. Jang also emphasized her belief in the environment of Samsung as key to the success in producing the technology, “The reason why Samsung Electronics was able to produce this achievement in terms of quantum dot is because the company started earlier than other competitors. We set a specific goal from an early stage, and poured our resources into it.” She added that the achievement is especially meaningful to her because it was an independent development, “I am proud that Samsung, with its own capabilities, was able to develop such advanced technology without any outsourcing. This is clear testament to the strengths of our people as well as our environment which helps drive innovation.”

So, what is the next evolution for Samsung TVs?

Dr. Jang explained the differences between QLED and OLED, “Both have strengths and weaknesses. Contemporary OLED is incomplete, and OLED TV displays have many weaknesses related to burn-in, brightness, large screen and grey-scale which are all due to lesser stability.” She especially emphasized that replacing the light emitting layer with quantum dot is essential to overcome the limit of the display, “Using organic or inorganic materials for the light emitting layer could influence the reliability of products. I would like to implement the improvement of making this layer with inorganic materials – quantum dots.”

Dr. Jang also said that she is currently devoting considerable research into self-lighting QLED and its application, “I am currently participating in a study of making a better display that can overcome the limit of OLED TV and be applied in many other fields. Self-lighting quantum dot technology is being specifically researched for this purpose. My ultimate goal is to develop technology that gives new value to customers and makes for a more convenient life.”

From research to commercialization, Dr. Jang is one of the many talented innovators at Samsung who are helping write the next chapter in display technology. As she continues her work in developing quantum dot’s technological leadership in the field, it will be exciting to see the innovations that arrive next into our living rooms. 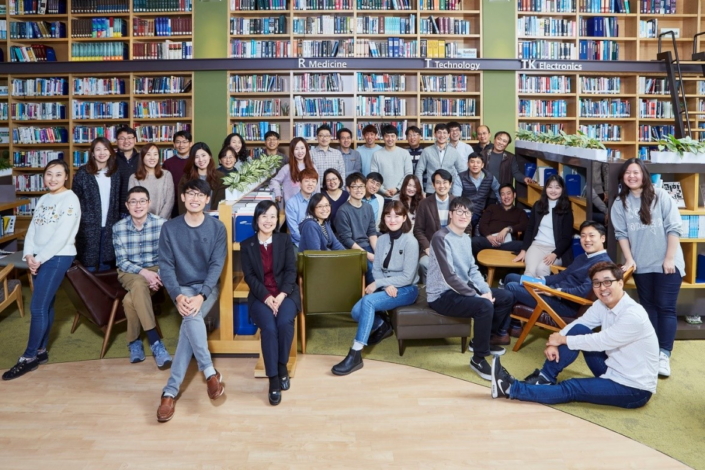 Dr. Eunjoo Jang and researchers at the Samsung Advanced Institute of Technology (SAIT)